The fifty-fifth session of the Economic Commission for Africa consists of a preparatory meeting of the Committee of Experts of the Conference of African Ministers of Finance, Planning and Economic Development, followed by the ministerial segment of the Conference. In addition to considering the statutory matters of the Commission, the Conference is one of the premier forums on the continent for dialogue and exchanges of views among African ministers responsible for finance, planning and economic development and governors of central banks on issues pertinent to the development agenda of Africa.

Theme of the fifty-fifth session

The theme of the fifty-fifth session of the Commission will be “Fostering recovery and transformation in Africa to reduce inequalities and vulnerabilities”.
High rates of growth in the past two decades have resulted in reduced poverty levels in Africa, with the share of the population living in extreme poverty decreasing from 55 to 35 per cent between 2000 and 2019.
Nonetheless, a staggering 667 million people (39.2 per cent of the total population) still live in extreme poverty in 2022. Alarmingly, global shocks are turning millions of vulnerable people into the continent’s new poor, reversing decades of progress. The COVID-19 pandemic has pushed an additional 55 million Africans below the poverty line, and the impact of the war in Ukraine is expected to further compound the challenge.
Even when growth rates were high in Africa, everyone did not benefit equally. For example, between 2004 and 2019, the top 10 per cent of wage earners received about 75 per cent of total income. High inequality, along with high levels of poverty, creates a vicious cycle in which structural bottlenecks persist, rendering the population in Africa perennially vulnerable to both economic and non-economic shocks. The ability of African countries to effectively tackle poverty and inequality is now severely constrained given declining economic growth, narrowing fiscal space, rising debt, commodity shocks and tightening global financial conditions. The risk of missing the poverty and inequality targets set out in the 2030 Agenda for Sustainable Development and Agenda 2063: The Africa We Want, of the African Union, is higher than it has ever been before.
The aim of the fifty-fifth session of the Commission is thus to renew focus and action on reducing poverty, inequality and other factors that leave the African population continuously vulnerable to these scourges.
Recovery efforts must be pro-poor and inclusive, with a view to fostering a new social contract that offers equal opportunity for all.
Considerable opportunities to reach these goals exist on the continent and beyond, including through activities carried out under the African Continental Free Trade Area, green investments, digital transformation and reforms to the global financial architecture. Read More ... 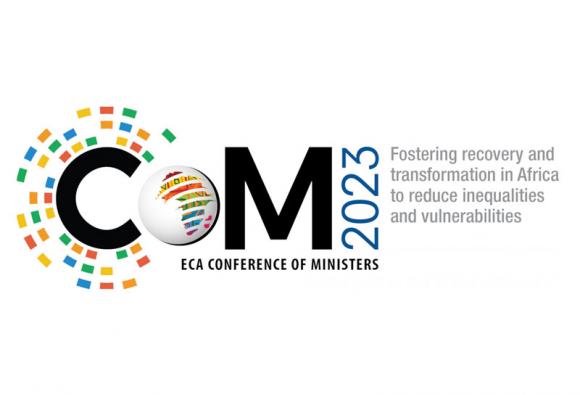