The 2020 vision of the Office for Central Africa of the UN Economic Commission for Africa (ECA), for a subregion resolutely driven towards economic diversification and transformation, was largely achieved. This, through the nudging of member States to formulate policies and strategies which contributed to an increase of intra-subregional trade from 1.7% to 2.1% and the uptake of at least two groundbreaking policies /practices – notably the ratification of the African Continental Free Trade Area (AfCFTA) agreement by all seven countries covered by the Office and the acceptance by ECCAS and CEMAC commissions to formulate a unique masterplan for industrialization and economic diversification, following the completion of Chad’s masterplan in this regard.

But how was this achieved? Below are three salient achievements in 2020, handpicked for your attention:

1. Adoption and launch of the process to design an all-encompassing Central Africa Industrialization and Economic Diversification Masterplan (17 June 2020) 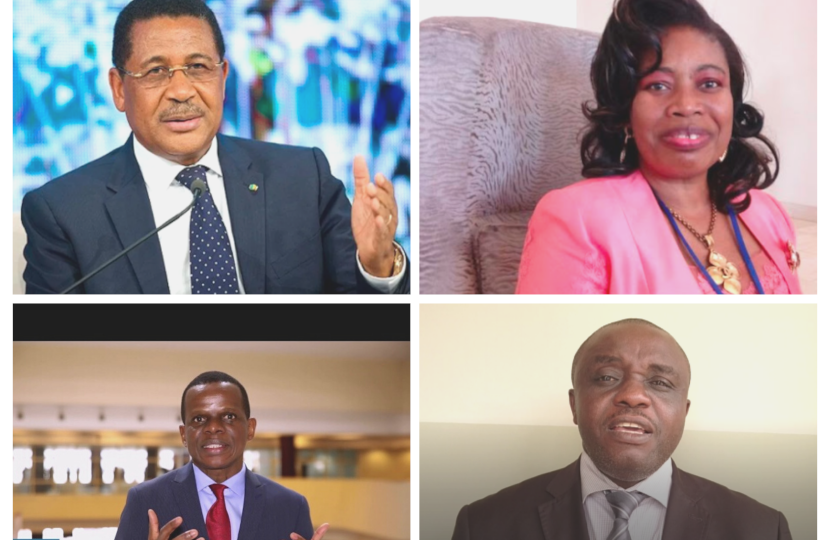 Following years of consistent evidence-based advocacy by ECA’s Subregional Office for Central Africa (ECA/SRO-CA), economic diversification is now widely seen as the only sustainable means to escape the repeated boom-and-burst cycles of growth, witnessed by the subregion since the turn of the 21st century.

Confronted with this evidence, Governments, the Regional Economic Communities, development partners, private sector actors and academics in the subregion, now speak ECA’s lingo. But fluency in the language of vertical and horizontal economic diversification is not enough. Fit-for-purpose, actionable plans based on comparative advantages must be constituted and steered by each Member State. So far, the Office has helped to elaborate an Industrialization and Economic Diversification Masterplan (PDIDE) for Chad (concluded in February 2020). It is now on the table of the highest authority of the land. It has also supported Congo to formulate its 2048 Vision which places high premium on economic diversification. Cameroon enlisted the support of the Office to overhaul its Industrial Development Masterplan. Done deal!

But on the eve of the African Continental Free trade Area (AfCFTA), ECA/SRO-CA figured out that country-only PDIDEs would not cut it. They must be couched in a larger, subregional masterplan that threads their individual comparative advantages, giving a broad picture of where the dots connect and where the lanes divert, so that energy is not lost in duplication and that each country can masterfully place its own pieces on the table to complete the puzzle.

Enter the idea of an all-encompassing Central Africa Industrialization and Economic Diversification Masterplan (PDIDE-AC)! Here again, the six member-country CEMAC community had its own ideas in gestation. So did the 11-member country ECCAS. The former broached economic diversification in a broad sense. The latter focused on industrialization. Since all CEMAC member States belong to ECCAS, why not review, update and seamlessly federate both plans into one robust, yet achievable Masterplan?

That is how early in the year, ECA/SRO-CA set out to review the propositions of both the ECCAS and CEMAC commissions, find additional compelling evidence and put its economic and consensus-building diplomatic machine to work. Late night candles were burnt. Technical meetings with drawn-out debates played-out time and again. But all sides stuck to the principles of give-and-take, rinsed and recalibrated their ideas and swung back to virtual tables. With all the engineering done, the President of the CEMAC Commission Prof. Daniel Ona Ondo and the then Deputy Secretary General of ECCAS (now Commissioner for Land Use, Planning and Infrastructure of the ECCAS Commission) – Ms. Marie Thérèse Chantal Mfoula led both economic communities to the virtual party which ECA/SRO-CA brokered on 17 June 2020. Verdict? Both parties solemnly agreed to pursue a consolidated PDIDE-AC. They therefore and set up work streams to interface with ECA and make the unique subregional masterplan a reality.

Work on the Plan, with about a dozen sub-reports, is now well advanced with the aim of going live in 2021.

It is being fashioned to enable the subregion build forward better from the scourges of COVID-19, by producing, transforming, distributing, and consuming manufactured goods which resonate with its own needs and tastes. Pharmaceutical and food supply chains constitute its cornerstones.

The masterplan also documents the promise of a renewable energy value chain (about which Central Africa possesses the highest potential on the continent), the harnessing water resources, the beneficiation of minerals and metals and the transformation of the subregion’s forest economies based on innovative financing models which are hinged on a higher bargaining power to be derived from natural capital accounting and expert knowledge of the contours of subregion’s vast natural wealth.

2. Declaration of the period 2012-2030 as Decade of Economic Diversification in Central Africa during ECA’s 36th intergovernmental session for Central Africa (11 -12 November 2020)

With the specter of a double-jeopardy for a health system debacle and an economic melt-down posed by the COVID-19 pandemic in 2020, ECA’s Office in Central Africa set out on an uncommon race.  That of running, not from, but to the starting point of an ecosystem that would make the subregion better equipped for shocks of this sort, in the future. It figured the starting block as ‘building skills and competencies for economic diversification in Central Africa.’ For, if anything, COVID-19 was a stern reminder to the subregion of the inordinate risk of over-depending on rents from raw materials while importing nearly all of its manufactured consumables. Not a good equation, moving forward.

Due diligence was therefore done by the Office to audit the skills challenges, deficits, needs and prospects in the subregion, with regard to economic diversification, via two highly engaging webinars in May and July, rallying experts from all over Africa, and some parts of Europe, Asia and the Americas. From background studies and the debates, it was noted that only 20% of school leavers from Central Africa have skills in Science, Technology, Engineering, Mathematics and Innovation (STEMi) which are crucial for economic diversification and sustainable development.

Even those with STEMi skills are not trained for creativity, problem-solving and team work but rather to remember theory. Ethiopia’s import-substitution policy hinged on training at least 70% of higher education learners in STEMi, South Africa’s smart reskilling of engineers from the old industries to renewable energy production and the exportation of knowledge, Japan’s insistence on universal primary literacy and numeracy as well as a life-long learning tradition, were booked for adaption in Central Africa.

These webinars set the stage neatly for the 36th session of the Intergovernmental Committee of Experts ad Senior Officials for Central Africa (ICE) from 11 to 12 November 2020, held online. As ECA/SRO-CA tabled the conclusions of the May and July webinars before ministers of industry, education and planning; policy makers; development organizations; private sector representatives; academics; civil society; and the media; heated high-level debates ensued to take the conversation to a policy advisory state.

Cameroon’s Mines, Industry and Technological Development Minister – Gabriel Dodo Ndoke said “there should be a shift from the education for an extractive, rent-seeking system to one that prepares learners for a transformative productive system; second, we should design training curricula for job creation and entrepreneurship rather than for creating bureaucrats and job-chasers.”

ILO’s Senior Economist, Irmgard Nübler, mooted for a change in mind-sets and subscription to strong work ethics and the certification of apprenticeship in order to build skills and innovate for economic diversification.

These compelling lessons, together with the case for building forward better from COVID-19 led the ministers, senior officials and experts to ponder a framework under which actors would operate with a common vision for achieving economic diversification in Central Africa. Such a framework had to be pivoted on a skills overhaul, given an earlier prompting from United Nations Under-Secretary General and Executive Secretary of ECA – Ms. Vera Songwe, who had opened the session.

At the end of the ICE session, a highly convinced, converted and committed Minister of Planning, Statistics and Regional Integration of the Republic of Congo – Ms. Ingrid Olga Ghislaine Ebouka therefore declared the years 2021 to 2030 as the Decade for Economic Diversification in Central Africa, to run alongside the UN Decade of Action to deliver the SDGs.

ECA/SRO-CA has already prepared a strategy to action this Decade which gives further impetus to its theory of change for implementing the Douala Consensus on Economic Diversification in Central Africa that had sanctioned the 33rd ICE session held in Douala – Cameroon, in 2017. The momentum for a Made in Central Africa movement, called for still at the Douala session, is therefore strong, alive and kicking. Central Africa simply has to play ball. 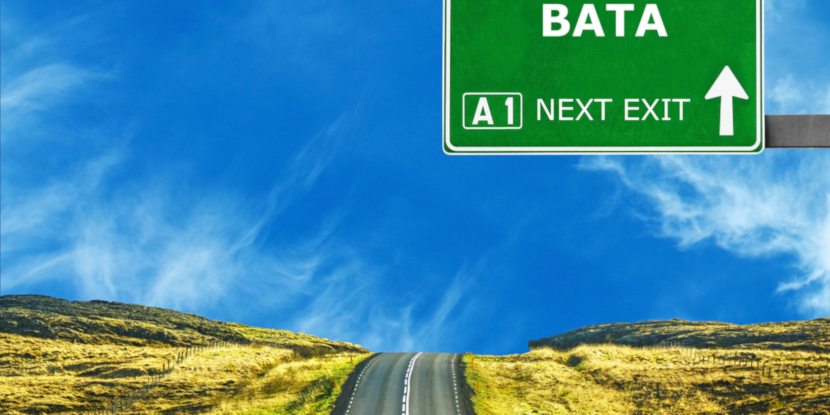 Where a road is built, development follows, goes the popular adage. But this has not always been the case at the macro national and subregional levels in Central Africa, given the thin fiscal space in which these countries have found them themselves for decades now.

Hitherto, the idea about interconnecting all the capital cities of CEMAC member countries by diverse transport routes was limited to ‘transport corridors’. Beyond this inter-capital link, was a vision to facilitate access to sea to landlocked countries in the sub-region.  But what for?  For trains and trucks to collect timber, minerals and crude oil to docked vessels waiting to set sail for the industrial North, while returning with manufactured supplies for an eager consumerist hinterland market. Talk of transactional routes that gave very little profit to the communities along and around them!

This came coincidentally at a time when the CEMAC Commission had just raked-in 3.8 billion Euros out of 4.07 billion Euros sought in a November 2020 Paris donor Roundtable to fund 11 subregional integration projects – chief amongst which are major PDCT-AC trajectories.

With the dataset examples of Cameroon, the Office laid the hard evidence bare before senior Government officials from the community and from the entire region to say let’s revisit our adage of where a road is built, development follows. This time, for well calculated avenues for turning both sides and the environs of inter-state routes into productive hubs based on their comparative advantages as per the spatial surveillance evidence. And they agreed to the new tool ECA is sourcing to help them make the most out of these routes!

“Piecing together geo-referenced socio-economic and biophysical data along development corridors in Central Africa will help our central and local governments to better understand the location, magnitude and the dynamic relationships of their resource base” Antonio Pedro, Head of ECA’s Central Africa Office fired on.

The geospatial tools on development corridors, being developed by ECA’s office for Central Africa, will provide granular information to better connect the dots, as the sophisticated superimposition of data such as solar irradiation, arable land, agro-ecological data, mineral resources, urban settlements, level of education, and number of bank account holders, to name a few, will help Governments of Central Africa make critical decisions in terms of where to locate special economic zones and identify which investments should be prioritized and in which sequence. All of this is aimed at maximizing development impact and realizing economies of agglomeration in times of budget difficulties.

From the data sets already available for Cameroon, there many low hanging fruits to quickly exploit with the toll, the most obvious of them being to optimize the geographically linked Douala-Edea-Kribi continuum as a growth triangle given its human capital, infrastructure stock and natural resources.

By early year 2021, all 11 ECCAS countries will have their socio-economic and biophysical data   sets georeferenced in a powerful GIS-enabled spatial planning and investment decision and discovery tool which will equip decision makers in the sub-region transform transport routes into credible development corridors, opening up opportunities for the emergence of new growth poles, industrial parks, special economic zones and clusters, in support to the implementation of the PDIDE-AC, the realization of the AfCFTA, inclusive growth, and meaningful decentralization.